A 'big brother' of jobs that paraphrases George Orwell and Adam Smith while the conflict rises. One of the best social analysis and parable of world of work of the last years. 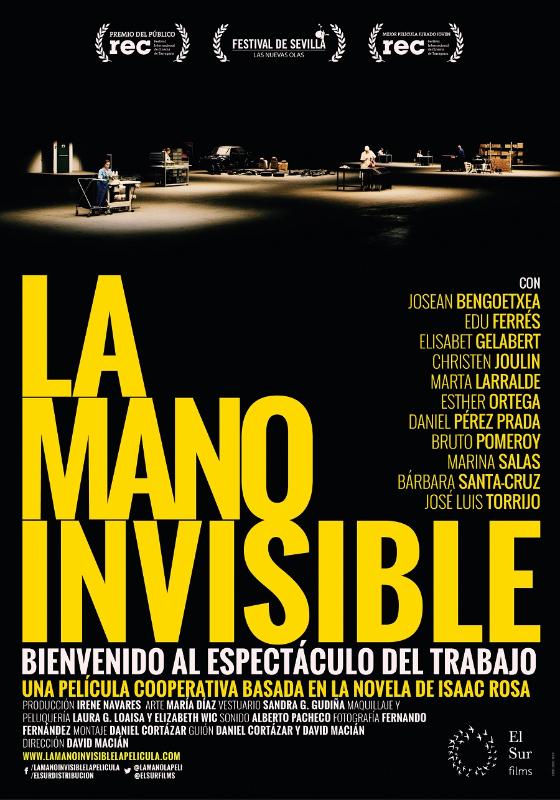 A mechanic, a builder, a cleaning woman, a telephone operator, a warehouse assistant and a computer programmer are recruited to do their regular job before an audience. Under this premise, and with a sober staging, THE INVISIBLE HAND turns blue-collar workers into an entertainment product.

This show condition empties jobs with which this characters have built their identity of any productive sense and turns them even more vulnerable to exploitation of labour. As the pressure gets more serious, the theatrical dimension of their job will be an extra source of conflict.

David Macian’s first feature film consolidates the style of his awarded short films and the sharpness that he already showed in LIQUIDACIÓN TOTAL. An adaptation of the homonymous novel by Isaac Rosa which becomes an amazing parable about work in contemporary society.
#work #debut #adaptation #socialcinema #worldofwork #bigbrother #GeorgeOrwell #conflict #strike 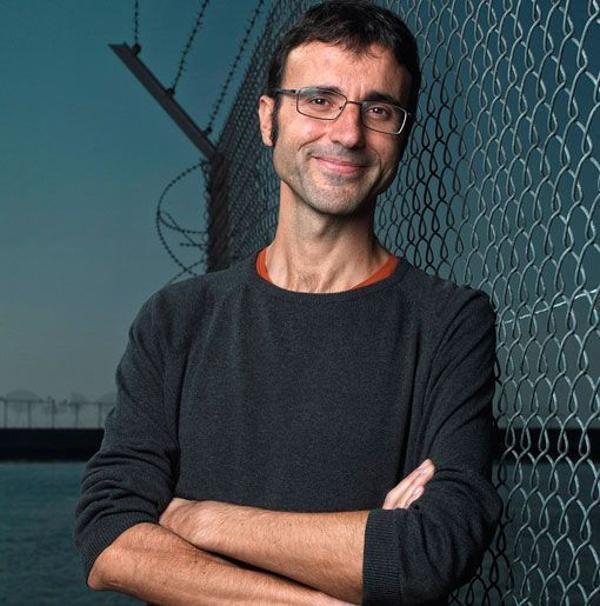 David Macián, born in 1980in Cartagena, is a Spanish filmmaker and video activist. He has worked on different audiovisual projects as a production manager, assistant director, and editor. The Invisible Hand is his first feature film. It premiered at the Seville European Film Festival in 2016.